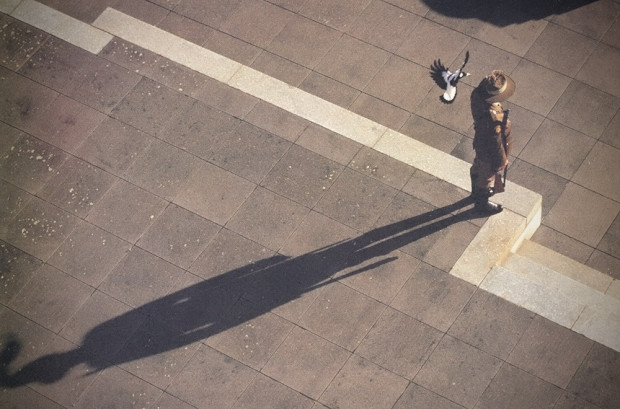 “Mate, you should come and see us – we’ve got a swopping magpie who only targets the guards, and he performs like clockwork”

While seeking out photographic subjects for Australian Geographic’s magpie feature in the spring of 2001, photographer Bill Bachman rang a Melbourne radio station to ask listeners to contact him with interesting magpie stories. Among the dozens of responses, a call came from the Shrine of Remembrance. “Mate, you should come and see us – we’ve got a swopping magpie who only targets the guards, and he performs like clockwork,” said the caller.  Bill called in a few days later and, right on cue,  Nathan (named for Nathan Buckley, a former Collingwood Magpies AFL player) launched his first attack as a guard took up position on the forecourt. Despite dozens of passers-by, Nathan was only interested in the guard and showed no signs of letting up as Bill moved around to various places to try to get a good picture. “I was quite close to the action with a wide-angle lens, but Nathan paid me no attention, focused as he was on the target. By the end of the session the magpie had actually drawn blood from the guard’s ear with a well-aimed swipe,” says Bill.