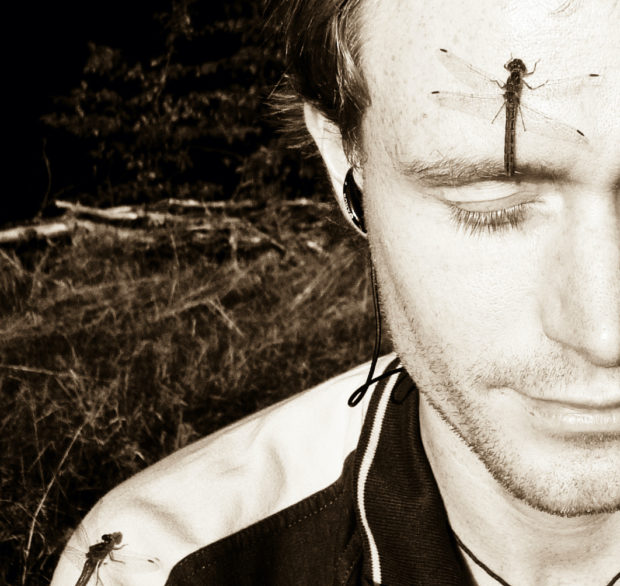 A series of experiences during my late 20s (early 2000s) recalibrated my prevailing worldview and ultimately served as burning motivation for undertaking research on meaningful nature experiences and, in particular, synchronicity. Below is an extract from my PhD dissertation (2014, pg. 536) which describes key experiences that motivated my research topic.

“After a turbulent 2005 filled with personal upheaval, I became increasingly uncertain about my professional / academic direction. The previous years of intense scientific endeavour had been incredibly illuminating and enriching but, at the same time, it felt like I was drifting from subjects that ignited my curiosity and passion for nature as they became buried under a mass of intellect, theory and frameworks. I had lost balance in life.

The year careened toward rock-bottom with the sudden news that a close friend of mine had died in a hiking accident. Distraught, I grabbed my bike and pedalled furiously into the nearby woods of the small Dutch town I was studying at. Sitting facing the afternoon sun in a small clearing, I tried to come to terms with the news. Not really knowing what to do, I performed a half-baked attempt at a ‘prayer’. I closed my eyes and tried to devote my fractured attention toward Christian and spoke silent words of solace:

It was a desperate effort – prayer was not something I readily engaged with. I am unsure if I expected ‘an answer’: it was just that human tendency to try and cling to something (from, e.g. my Christian school upbringing) when freefalling through an isolated vacuum of despair.

A response – if I dare to name how it felt – arrived within half a minute. With eyes still closed, something came to rest on my forehead and then, seconds after, landed on my right shoulder and then left forearm. Strangely, I did not react with alarm. It seemed that a sense of expectancy at some level allowed me to retain a curious sense of calm and, increasingly, wonder at the dragonflies resting upon me.

Having three insects coming to rest on me initially felt perfectly OK and a natural part of the moment. I slowly opened my eyes to find my vision slightly obscured by a dragonfly perched just above my eye. I looked left – there was another dragonfly on my upper forearm. And to the right, there was also one on my shoulder. Sitting there dazed and amazed, I tried to process what was going on here and why.

I happened to have my camera in my bag so I reached into my backpack and, after unzipping it from its case, was able to capture a number of images. In some ways, this seemed a little inappropriate but it has nevertheless served as a meaningful reminder – and hard ‘proof’ for myself – that the experience happened exactly as I remembered it.

Eventually – after what seemed like at least five minutes – the dragonflies departed, one by one. And I was left there, in the soft warm light of the afternoon autumn sun, relieved, honoured, bewildered, reassured and already doubting the legitimacy and my evolving interpretation of this cathartic experience.

On the bike ride back to my student flat, I began to convince myself that dragonflies must do this sort of thing all the time and I just didn’t get out into the woods nearly enough. But the couple of friends (also students of environmental sciences) I dared sharing the story with were not so quick to dismiss it. For one thing, there were no bodies of water anywhere near the area – the preferred habitat for these insects – nor were they skittish.

The experience gradually re-awoke my teenage interests in the ancient earth mysteries that had once captured my fascination. I was forced to reconsider the idea of a ‘something other’ than myself within the spectrum of our visible and non-visible reality. It briefly forced me out of the overt rationalism that I had been pandering to for the past three years.

It invited me to begin probing if such experiences were being shared by other persons. Is this just a desperate grasping for existential meaning, particularly during emotionally turbulent and ungrounded times? Real or imagined, what is the impact of such experiences? What is the role of the animate world in all this?

Despite my questioning and intrigue at the time, I shelved this path of exploration for another few years. After all, were there not more important and grounded things to engage with in order to solve the burgeoning environmental crisis? Is this not just a flight of egocentric fantasy to recall during times of frivolous and inconsequential soul-searching?

But I could not continue to compartmentalize this experience, i.e. something to place ‘over there’ when I needed emotional and spiritual nourishment whilst rationally getting on with my daily professional routine ‘here’ in the meantime. There was a constant and inseparable interweaving between the two. I sought clarity on this.

A few months later, in the early hours of 23 December 2005 and during my first ever ten-day Vipassana meditation sitting (after the year just been, I was willing to try anything), I experienced the most powerful dream of my life. Upon awaking at 4.00am, I realized something had shifted: for the first time in many years, I felt buoyant, positive and deeply assured that there was a purpose in life awaiting me. The dream subsequently served as an inspirational beacon to orient life choices thereafter. The setting was in Africa (at which time, I had never considered the possibility of living there) and whilst the dream had a number of profound insights and key scenes, it was a spellbinding swim with orcas off the Southern Cape which will always stay with me (Note: About 7 years later, I subsequently lived in Plettenberg Bay, and came to realise that it was the setting for my dream).

In the following years, after spending more time with Australian Aboriginal persons on ‘country’, I deepened my interest in Indigenous relationships to animals – from both a totemic / symbolic and everyday interaction / survival perspective. There were profound experiences which forced me to reassess previously held understandings of human-nature relations. Spear-hunting for stingrays in crocodile-infested waters for almost two-hours based on our hosts’ belief that there was ‘an understanding’ or contract between them and the crocodiles was one such moment.

Upon moving to South Africa in 2007, curiosity in this subject furthered as I learned of the amaXhosa relationships with nature, animals (as totems) and the role of ancestors therein. I found the commonalities with Aboriginal beliefs intriguing and wondered about the remnant ‘universal’ traits existing in the Western psyche…and of my own.

Image: Matthew Zylstra. This image was also featured in EdgeScience Magazine (No. 37, March 2019) accompanying an article by Michael Jawer (pg. 13) titled: “From Psyche to Scarab: The Emotional Resonance of Animals in Symbolism and Synchronicity.”