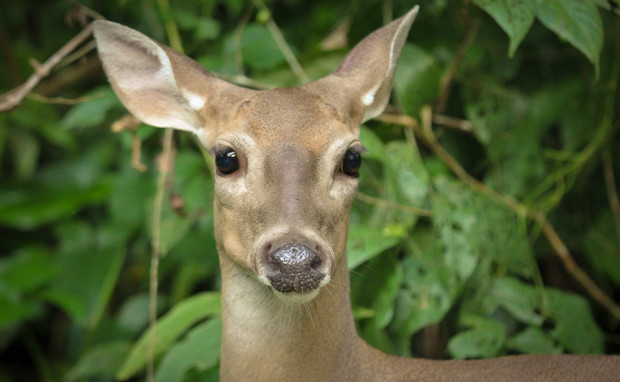 Elena and her boyfriend were in the process of leaving a national park just before dusk set in. On their way out, Elena’s boyfriend spotted two deer grazing near the path. As they watched at distance, a third deer came in and joined the other two. As Elena and her boyfriend approached, the first two deer departed back into the thick vegetation. But the third deer stayed around grazing… seemingly undeterred by their presence. Elena edged closer, and yet still this lone deer had no apparent interest in leaving.

The rest of the story is best told through the video’s images and narrated by Elena as she reflects on her intimate experience immediately after it finished.

Just to give you some sense of perspective: this video clip is just under 4 minutes in length. The actual encounter and interaction is believed to have lasted for about 30 minutes.

The event occurred during late October 2012.