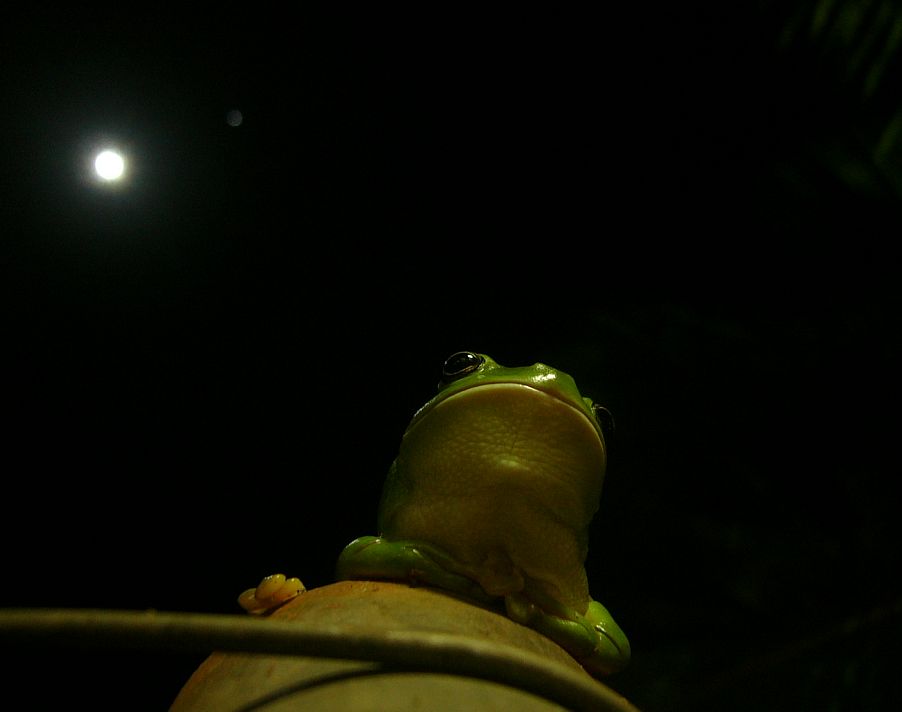 “There is Only One Garkman”

The destructive march of the cane toad across Australia is a well known story. As an introduced species, its impact on native fauna such as snakes, goannas and the critically endangered northern quoll has been devastating. But lesser known is the impact on Indigenous culture. For the Yolngu (Aboriginal) people of northeast Arnhem Land, Garkman is sacred.

“We call the frog Garkman, there is only one Garkman, nothing else. English people call it frog but we call it Garkman;…one name Garkman for every Garkman, small or big.” says Gawirrin Gumana, elder of the Dhalwangu clan.

Garkman includes all frog species, but most notably the green tree frog (Litoria caerulea) – a totem species for the Yolngu. The cane toad is called Yätj Garkman (evil or bad frog) or Mulkuwu Garkman (foreign frog). Over the millennia, frogs have played a popular role in Aboriginal people’s mythology … 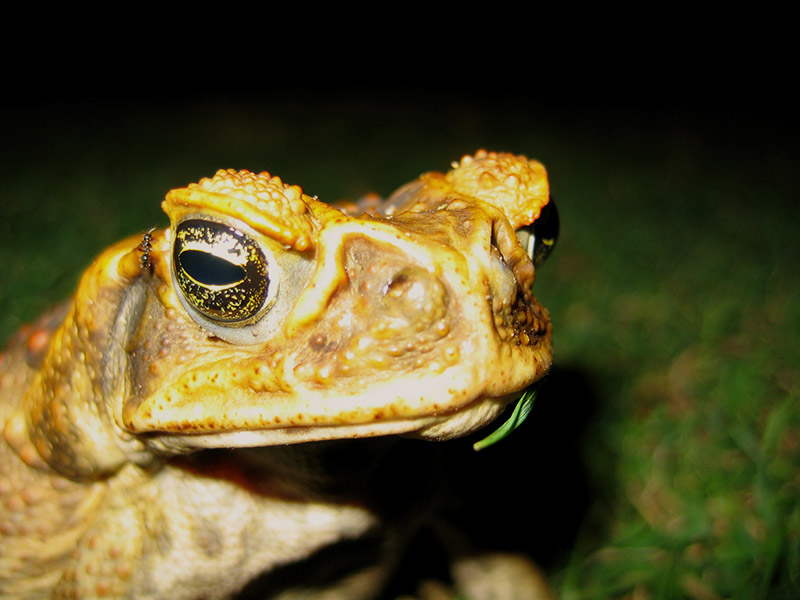 The abbreviated story of Garkman is that he was floating in new shallow water with other animals such as Minhala, the long-neck tortoise, Dakawa, the crayfish, Baypinnga, the saratoga fish and Gany’tjurr, the heron. The rain came down and Garkman followed the river and was washed away far out to sea. He then followed the tide in and out, out and in. Garkman could not live in saltwater and thought to himself “I have to go back to land”. From the sea, he was looking for land, sitting there like a frog. But then he changed into a rock because he was probably dying from the saltwater. Gawirrin recalls: “This rock still sits out in the sea there today. There is a water hole there on the back of the rock [Garkman’s back] which provides drinking water. Garkman made himself a rock and his life or spirit is still in the water, in the sea, not in the freshwater.”

“If you listen to the frog calls, Garkman tells you where the water is, where you can find water to drink” says Gawirrin. Another Dhalwangu person, Nawurapu Wununggmurra adds, “Garkman calls when the lightning is. Garkman knows that the water will come and tells that the water is close.” Garkman is found in paintings and songs and is associated with both rain and flood, water and seasonal change: he is a weather symbol. He symbolises the wet season and replenishment.

“We always had plenty of food, kangaroos, emus, fish, tortoises…. We can sing and paint the frog and we can think about the frog, for he is Garkman, our country man. Some animals, like birds, sometimes fish can eat it, but not man.”  However, like elsewhere in Australia, Garkman – and the native species that prey on him – are increasingly under threat.

“We feel hurt, it is very sad; we can’t find any goannas, any long-neck tortoises. It stops the interest of elders to take young ones out in the bush to find and show them bush tucker. Cane toads are shocking; they take the enjoyment and the meaning from the land.” says Donald Wununggmurra a concerned Dhalwangu. 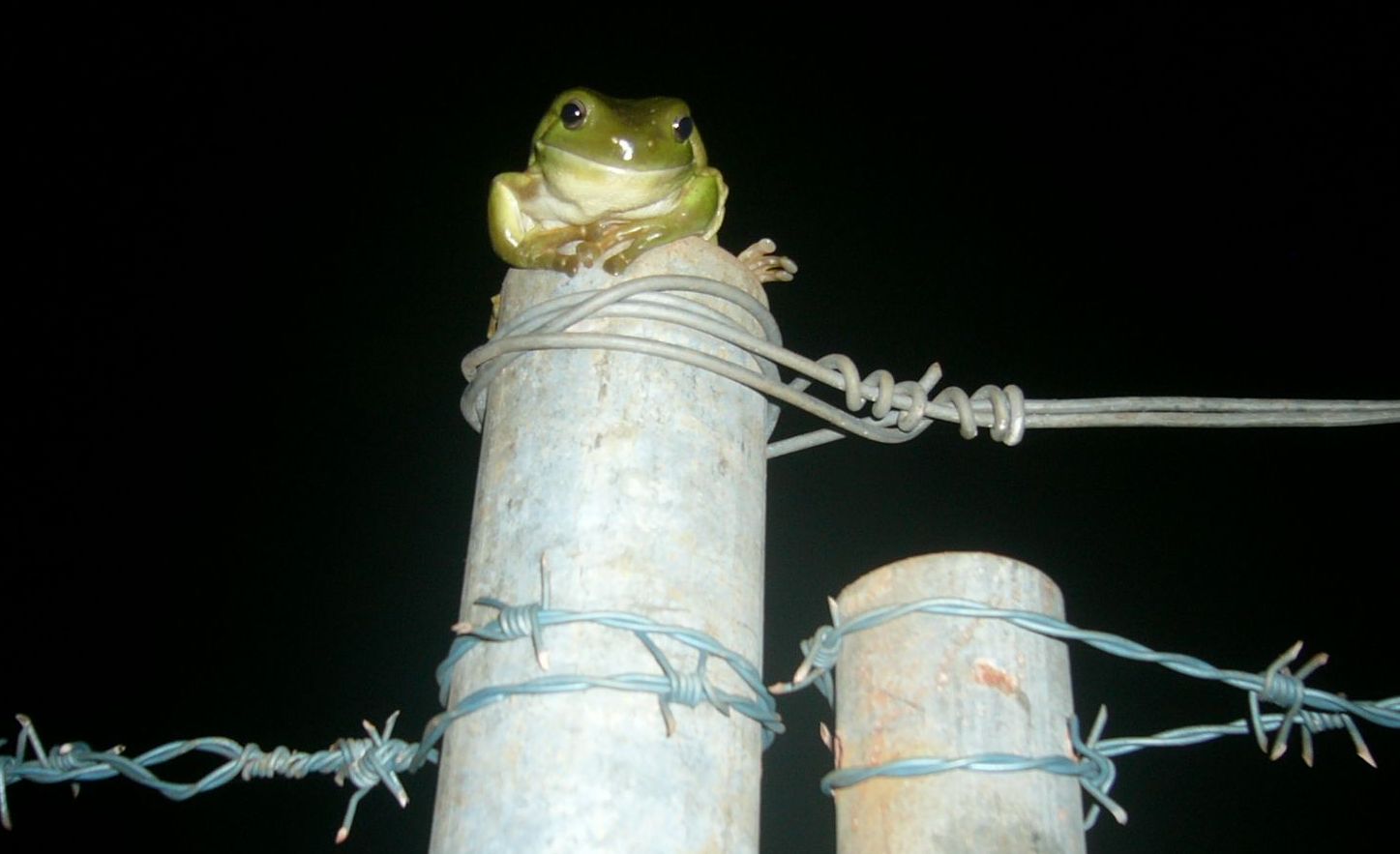 Garkman as a symbol for the Dhalwangu clan in the oral and mythic literature is powerful and important. A full understanding of the symbolism of Garkman and its relatedness to other aspects of the culture – totemic geography, rituals (songs, dances) – is only beginning to be realized. But it is clear that losing Garkman will alter traditional ceremonies.

“No more frogs means no more stories to give, no more songs to sing, no more dances about big green frog. We will lose the real story, not being able to pass it on.”

There are not a lot of good news stories when it comes to the cane toad. However,  a bit of hands-on action can make a difference. Through a community initiative in 2004, cane toads were eradicated from the Gapuwiyak community by capture and freezing. Over four months (February to May), 1200 adult cane toads were caught and countless more juveniles or the eggs removed from the lake and puddles. These activities had a considerable impact on cane toad populations and helped to regulate numbers. After the event, a short survey count was made where the cane toad was observed at a ratio (frog : toad) of 1:6 in Gängan (where no activities were undertaken) and only 1:3 in Gapuwiyak (where control activities were carried out).

For those interested in doing their bit, Frogwatch offers the “Toadbuster” as part of its Project Cane Toad. A Mesh Trap of 90×50x30cm with one way opening door and Black UV Light (12V) can be purchased for A$70 (after A$30 Government rebate).

This article is based on research undertaken between 2002 and 2005 by Valérie Boll. Quotes by Aboriginal people and other information given here are sourced from Boll’s articles: “Following Garkman, the frog, in North Eastern Arnhem Land (Australia)” (2006. Australian Zoologist 33 (4): 436-445) and “The distribution and ethnozoology of frogs (and toad) in north-eastern Arnhem Land (Australia)” (2004. Anthropozoologica. L’homme et l’animal, Société de Recherche interdisciplinaire. Muséum d’Histoire Naturelle, Paris, 39 (2) : 445-456).

We would like to thank the Yolngu Traditional Owners for their willingness to share their views, knowledge and stories.

Related Articles:
Birds That Tell People Things: Cultural signs and messages in Aboriginal Australia
Don’t Kill the Messenger!:  Should we seek revenge on the animals which bring bad omens?