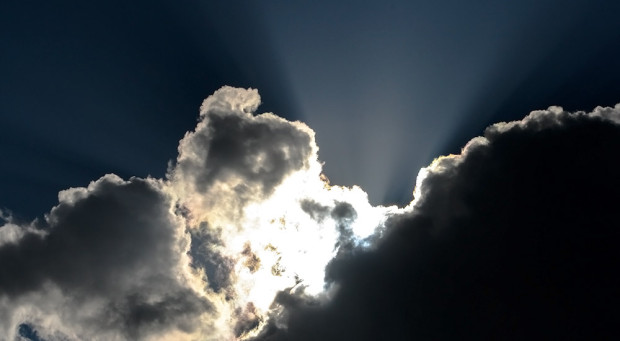 I remember a 2003 Environmental Policy lecture during my Master’s degree which covered the White-Moncrief debate. The crux of this well-known environmental debate centres on whether certain attitudes formed out of the Judaic and Christian religious traditions have had a pervasive and detrimental influence on human attitudes and behaviour toward nature. White asserted categorically that it had; Moncrief countered that it may have but that there was more to it than just that, referring specifically to impacts of industrialization and technological advancement.

In our class, a Ugandan student added his voice to the debate with words to this effect:

When the Christian missionaries first came to our country, they said to our people, “Why are you worshipping that mountain?  God does not live there. He lives up there in Heaven.”  So we believed them and began cutting down all those trees on those untouched sacred mountains. And, from that change of mindset, we created many environmental problems which persist to this day.”

Science and religion have almost always seen themselves as irreconcilable polarities. Yet one cannot overlook that, in many cases, both science and religion have had a tendency to bleed the sacred out of an animate earth. For religion, the enchantment is in the Heavens and its potential for human redemption and salvation. For science, the enchantment is in the Human and its potential for godly exploration and explanation.  For whom therefore speaks of enchantment in an animate Earth in order to make this Holy Trinity complete?

Indigenous and nature-based peoples of the world have traditionally represented and nurtured this voice of the Earth (whilst maintaining a reverence of the role and rightful place of the heavens and spirit in human endeavour).

I cast my mind back to a previous article on eyes4earth.org called: Don’t Kill the Messenger!. The post addressed the importance of animals as messengers to certain cultures and how animals that carry an omen-like quality may be either killed or nurtured, depending on the strength of one’s ties with traditional knowledge. To the Western educated mind, it would seem naïve to standby and allow people to live with rose-tainted glasses in a rose-coloured bubble (although ironically failing to recognize the rosiness of our own burgeoning bubble called ‘capitalism’).

But, at the same time, does prescribed formal ‘education’ embedded in a Western (materialist) worldview undermine or displace a measure of respect, reverence and connectedness with nature? Are the replacement scientific ways of knowing or religious ways of believing able to shape perceptions in a way that consistently fosters ecological sustainability?

I have written previously on the relativity of ‘truth’, both as it concerns wildlife viewing and in relation to exotic (alien) species. That it is inextricably tied to beliefs and perception is beyond dispute. The issue is how we can utilize these perceptions so that, in being less self-serving, they may benefit the collective good.

Bateman (2012: 18) sums up the underlying challenge with this passage (adapted):

Discussion of myths – whether scientific, religious or Indigenous – tends to be dominated by partisan camps, each holding firmly to their own entrenched beliefs. To some extent, this situation is inevitable – it is as impossible to exist without beliefs as it is to live without drawing breath. However, the perceived flaws in what others believe cannot serve as endorsement for our own beliefs: the establishment of truth is not a sporting match in which one team wins and another loses. Rather, truth is glimpsed when an issue is viewed from many diverse perspectives, and even then we can never be sure that there is not some unseen angle as yet unrevealed. If we want to really understand the truth about any topic, we may first have to find a way to draw a line between discernible facts and inscrutable metaphysics.

This requires a readiness to accept that our mind can easily be deceived – and may continue to be deceived  – by its own tendency to seek the cognitive stability which comes from operating in familiar patterns. For better or for worse, myths form those patterns of familiarity in our individual and collective psyche. To openly explore inter-subjective  ‘truths’, we must be prepared to question our own myths and weather the storms of this cognitive upheaval. As these clouds of dogmatic belief dissipate, a new sense of clarity may emerge.