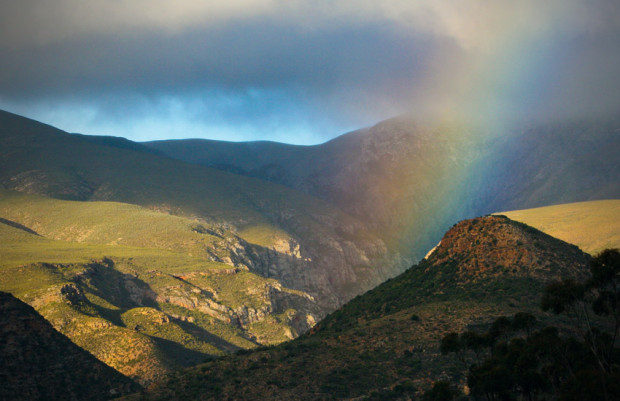 A group with mixed cultural backgrounds had gathered in the Baviaanskloof for a reunion as well as to vision toward realizing aspirations of bringing their passion for nature into their communities.

Camped out at the foothills of the Kouga Mountains, the first day had been ominous. Dark menacing December storm clouds swirled in every direction to the ambient rumbling of disgruntled thunder. There was worry and concern as the approach threatened: scenarios of flash flooding and ripped tents were being debated. 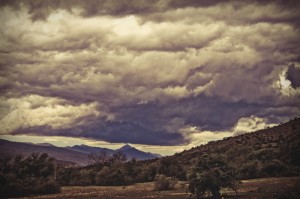 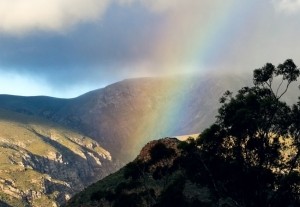 The group eyed the horizons up and down the valley and waited. This time, again, as with previous (and future) times they had gathered, the weather gods conspicuously favoured them. Severe conditions had hit the valley immediately west and east of their location. However, for this group, they were relieved to have been spared: the weather had circled them entirely. Whatsmore, they were blessed with a rainbow.

On the final day of their reunion, the group gathered in a circle – “a counsel” – to discuss ideas for moving forward. There were uncertainties, apprehensions, feelings of inadequacy and lack of confidence.  But there was hope, determination, passion and purpose. Where to from here?

As the counsel concluded, with commitments made, the group mentor looked skyward and circling high above was an eagle with fresh prey clasped between its talons.  The group fell silent as their eyes followed this captivating act of nature.

The day after, the group’s mentor reflected:

I mean yesterday with that eagle, and the idea of our circle was to talk about vision, and where to, and how to achieve our goals and move forward… and get what we want to get out of [this] group. And there’s an eagle, with its prey, with its catch that it has just caught, you know. I mean, what bigger example to focus on your goal, and get what you need, and then for it to come and circle the group. 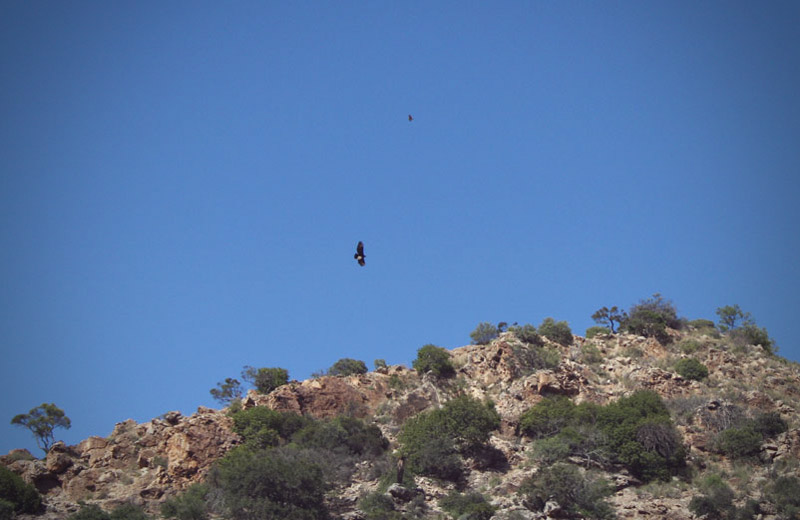