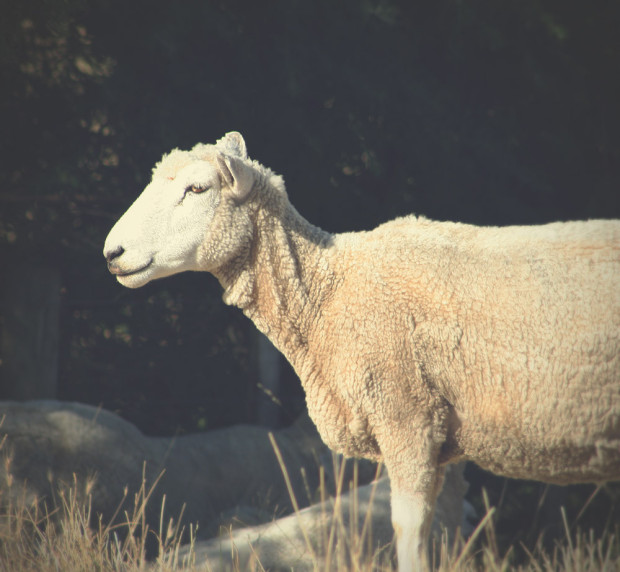 A couple of weeks ago the world was taken by storm by the story of Alfie the psychic sheep… a five-year old woolly hero from England’s Cotswalds region now hailed for saving his dear shepherd’s life.

It’s hard to say which is more astonishing: the thought of psychic sheep or that shepherds actually still exist in England.

Anyway, the story goes that the normally well-behaved Alfie head-butted his shepherdess (or is it shepherdette?) Emma repeatedly in the chest as she attempted to give him some medicine.  The head-butting caused a bruise and one thing lead to another and eventually Emma learned she had early stages of breast cancer.

Obviously, reader comments ticked over on the news site. People miffed that this simple  coincidence was even newsworthy, other saying these intelligent animals have a better sense of smell than we do, others saying it is just normal behaviour when getting medicine and most agreeing that Alfie has escaped this year’s shepherd’s pie.

Through research on meaningful nature experiences, I have come across a few uncanny stories like this one.  From anecdotal evidence, explanations people have given me for their own encounters and emerging scientific insight, I think we can look at three possible scenarios to choose from:

1. Animal sensing: It is little surprise that animals can sense far more than we humans do, especially in our technology-filled age which desensitizes from the sensuous natural world.  And there is growing evidence to suggest we really are still a long way from understanding what animals actually perceive and experience since we cannot simply project our human vision of the world upon them. However, it is likely that animals are more instinctively attuned to subtleties around them since they are probably not as distracted as we are with matters inconsequential to everyday survival.  Pets have been long known to sense human ailments/illness and I have heard anecdotes of domestic cats perching and purring on injured parts of the human body.  It is possible that, where a strong human-animal bond exists (as it did in this case- Emma fought hard to save Alfie’s life as newborn), the latter may sense that something is not quite right. Whether that sensing would be knowingly demonstrated via a harsh headbutt or three is another question.

2. Transcendent intervention:  Alfie’s actions might be seen being a result of some form of divine intervention, since the odds of such an event happening appear – at least in Emma’s perception – to go beyond the realms of normal chance. Depending how far you are willing to speculate beyond conventional scientific wisdom, one could posture that an intelligent or omni-present ‘life-force’ or perhaps a non-local part of Emma’s own psyche has ‘intervened’, prompting Alfie’s instincts to display uncharacteristic behaviour which ultimately carried a message compelling Emma to act.

3. Meaningful nature experience.:  Whether there are causal explanations may be ultimately irrelevant.  Regardless of what we conclude, Emma the shepherdette has perceived this encounter to be profoundly meaningful and, one would imagine, personally transformational.  She has derived an interpretation which may change the way she looks and acts toward sheep. One would expect her to display a deeper reverence and respect for all of the sheep-kind… And this seems to be only a good thing.

Let’s hope such attitudes may be transferred to other species…preferably the endangered wild ones. Where are all the breast-butting rhinos, tigers, pandas, polar bears, sharks or Patagonian toothfish when you need them?

Anyway, Emma was naturally moved enough by the event as to affectionately dedicate a Facebook page to Alfie.  The media described Alfie as a ‘humble’: one wonders what proud and arrogant sheep look like?