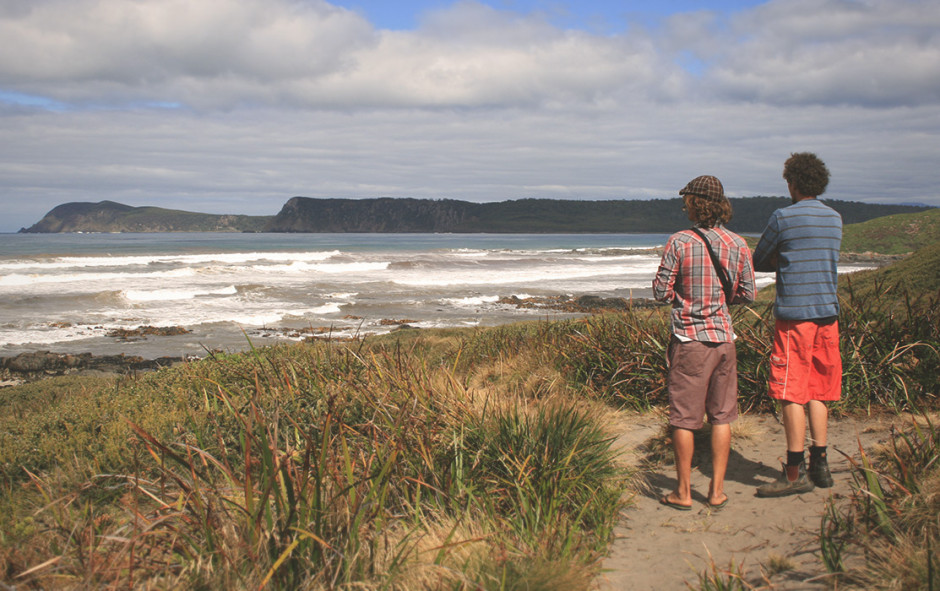 How is nature good for you?

Decision Point Editor’s note: Richard Fuller has long been intrigued by the issue of what’s the value of nature and biodiversity in our urban spaces. His lab has pioneered many studies in this realm including the modelling exercise on how we might build bird-friendly cities. Underpinning this research is the broader question of what nature does for us. Do we need a full complement of biodiversity or does a picture of a pot plant provide the same benefit? Here Richard discusses a review of this challenging topic that was led by his colleague Lucy Keniger. Space does not allow us to include a full list of references for the case studies he mentions but the original journal article is freely available to the general public. Just follow the link in “Further Reading” below.

Like many of us, I live in a small suburban unit with a backyard the size of a postage stamp. While this is arguably a good urban design for minimising biodiversity impacts, there is mounting concern that our modern urban lifestyle disconnects us from nature. This is worrying because nature experiences seem to provide important benefits to many aspects of our lives, including our mental and physical health, social relationships and even our spiritual well-being. However, much of the evidence for these benefits is correlative. If we are ever to reach the stage where we can value the benefits as ecosystem services, or design therapeutic landscapes, we need to understand what the benefits are and how they operate. To take stock of what we do know, and what we do not, we recently reviewed the benefits to people of interacting with nature (Keniger et al. 2013).

I see a tree

Some of the most fascinating studies in this area are experimental or quasi-experimental. For example, a 1984 analysis of Pennsylvanian hospital patients recovering from having their gall bladder removed found that patients in rooms with a view of trees spent less time in hospital, required fewer strong painkillers, received fewer negative evaluative comments from nurses and had fewer post-surgical complications than patients whose rooms overlooked a brick wall. More recently, work in the UK and The Netherlands has shown that people living near green spaces have lower than expected disease loads and death rates. As well as physical health benefits, the restorative properties of nature can improve cognitive function. Here’s how it works. In busy urban environments, our attention must be directed towards avoiding potential hazards and coping with noise and visual stimuli. This directed attention requires sustained effort to inhibit or address these stimuli and this can lead to mental fatigue, resulting in reduced ability to concentrate and perform cognitive tasks.

The extent to which different environments restore our ability to perform these tasks can be measured quantitatively. For example, one study measured cognitive performance with a backwards digit span task, in which participants listen to a sequence of numbers and repeat them in reverse order. The task was performed more accurately after the participants had walked through a tree lined arboretum in comparison with a walk through a busy city street.

I see a plant

Physiological measures of stress can also be used to measure the restorative effects of nature. In an experimental study in China, researchers measured salivary amylase activity as an indicator of stress before and after exercise in either a forest or an urban environment. Enzyme activity was significantly reduced only after exercise in the forest. A related study in Switzerland found that physical activity in parks reduced stress-induced headaches. Interestingly the effect was consistent for park and forest environments, despite the very different biological characteristics of those environments.

The benefits of having nature around where we live and work also extend to wider society. Violence and aggression in Chicago are significantly lower in buildings with higher densities of surrounding vegetation. A possible causal pathway for this effect is that urban vegetation restores attentional function, reducing the occurrence of aggressive behaviour and indirectly contributing a social benefit to the broader community. This fascinating Chicago-based work has not—to our knowledge—been replicated in any other study system; it would be great to discover whether these results generalise to other locations, not least because there are myriad social consequences of nature benefits in urban settings. For example, how much could the crime fighting or mental health budget of a major city be influenced by some carefully targeted urban green space provision?

Being close to nature could also improve your bank balance. A study in Castellon, Spain, discovered that house prices increase with the proximity of the nearest green space, even when many additional variables are taken into account. A fascinating twist on this story is that there is a negative effect of proximity to green space in Baltimore neighbourhoods where crime rates are high, suggesting that green space can be viewed as a liability in some situations (e.g. where criminal activity takes places under the cover of dense vegetation!).

Some benefits are far less tangible. Wildlife tourists in Spain and California reported that viewing wildlife evoked a feeling of awe and wonder and created a temporal experience in which all their concentration was focused on the moment. Children raised in nature-deficient areas may be deprived of early interactions with nature and may therefore be less likely to appreciate and support conservation initiatives in adulthood, though the evidence surrounding this is still rather equivocal. While this is not necessarily a benefit per se, there is real potential for significant conservation outcomes if we can understand how attitudes and behaviours that are positive toward nature develop during our lives.

Overall, the evidence for most benefits remains correlational, and although there are several experimental studies, little as yet is known about the mechanisms that are important for delivering these benefits. Perhaps most importantly, we do not know which characteristics of natural settings (e.g. biodiversity, presence of key species, level of disturbance, proximity, accessibility) are most important for triggering a beneficial interaction, and how these characteristics vary in importance among cultures, geographic regions and socio-economic groups. These are key directions for future research if we are to design landscapes that promote high quality interactions between people and nature in our rapidly urbanising world.

In the meantime, I will continue to wander frequently into the backyard with our baby daughter so she can enjoy the nature that we do have!