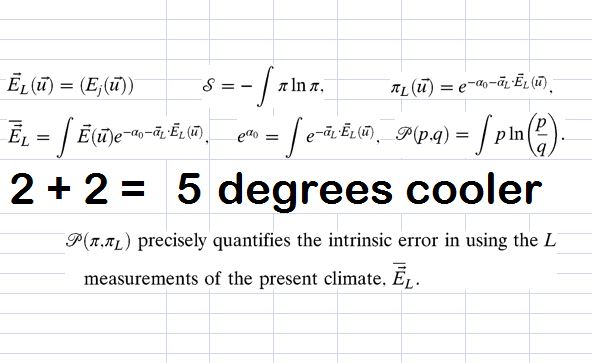 The idea seems intuitive: If people just had a better grasp of science, they would agree that climate change poses a serious risk to society. But that assumption doesn’t hold up, researchers have reported in Nature Climate Change. Instead of making people more concerned about the issue, scientific literacy makes them more polarized.

The team evaluated two competing explanations for why some members of the public are unfazed by climate change. One possible reason is that people don’t have enough scientific knowledge, or they tend to make quick judgments instead of using analytical reasoning. Another hypothesis is that people stick to opinions that align with their social groups’ values.

To distinguish between these explanations, the authors asked 1,540 adults in the United States how serious a risk climate change presented. The team also evaluated the respondents’ scientific literacy and gave them math problems to test their “numeracy,” or ability to process quantitative data.

The higher the person’s scientific literacy and math skills, the lower he or she scored the risk of climate change, the researchers found. But people who valued an egalitarian, communitarian society rated the climate change risk higher than those who valued a hierarchical society and individualism.

Within each cultural group, scientific knowledge simply made a person more entrenched in that group’s beliefs. Egalitarian communitarians with high science literacy and math skills rated climate change as a more serious concern than their peers did, while hierarchical individualists with those skills rated climate change as a less serious concern than others in their group.

In other words, “polarization actually becomes larger, not smaller, as science literacy and numeracy increase,” the authors write. The team found a similar pattern when they polled people about the risks of nuclear power. Instead of leading disparate groups toward a consensus, science and math skills give people “a greater facility to discover and use—or explain away—evidence relating to their groups’ positions.”

What does this mean for science communication efforts? Offering clear explanations of scientific data isn’t enough, the team says. Communicators also need to present information and policy options in a way that doesn’t clash with their listeners’ values.