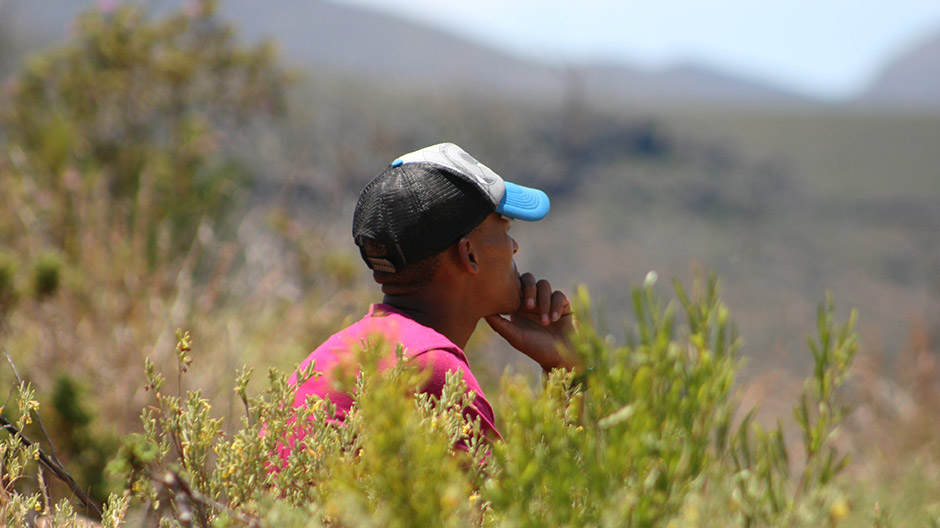 The weekend past saw the mini-reunion of what has tentatively become the ‘Baviaanskloof Nature Awareness Group’.  The group consists of individuals with a passion for their local natural environment and who first came together last September as part of the inaugural Kenchaan Community Trail held at TerraPi (in the Kouga catchment). That particular event inspired them to form an idea (a movement, a group) oriented toward raising awareness of nature within their families, local schools and communities.

The reunion was a camping weekend held at Sewefontein Community Farm (in the western Baviaanskloof catchment) and attended by most of the original group.  It was a chance for the group to rekindle friendships and connections, experience the Sewefontein (7 Springs) Tourism Trail (ably guided by Noël & Christo) as well as to reflect on their path ahead as a newly-formed group aiming to come to a shared vision for action.

The research aspect of this trail – and relevance to the PhD/eyes4earth.org – is to follow the evolution of meaningful nature experience as a potential motivation to reconnect with nature and act in the interests of community-based conservation.

Just as in the first trail, this particular weekend had a number of meaningful moments for some members of the group:

Take from this what you will. They did.  And some members of the group have subsequently drawn energy and motivation from this.

Thanks to Ian from Kenchaan Foundation (for funding), Rob from TerraPi, Sewefontein Committee for access to their land and Living Lands/Gamtoos Irrigation Board for use of transport.

eyes4earth.org acts as outreach for doctoral research being carried out through the Department of Conservation Ecology & Entomology at Stellenbosch University. Research is funded by the Centre of Excellence for Invasion Biology (CIB).